Many small objects make sense in an OO system that don’t make sense as tables in a database. An Embedded Value maps the values of an object to fields in the record of the object’s owner.

Examples include currency-aware money objects and date ranges. Although the default thinking is to save an object as a table, no sane person would want a table of money values. Another example would be the online orders which have a shipping address like street, city, state. We map these values of Shipping address object to fields in record of Order object.

Embedded value pattern let's you map an object into several fields of another object’s table.

First, we have POJOs Order and ShippingAddress

Now, we have to create only one table for Order along with fields for shipping address attributes.

While performing the database queries and inserts, we box and unbox shipping address details. 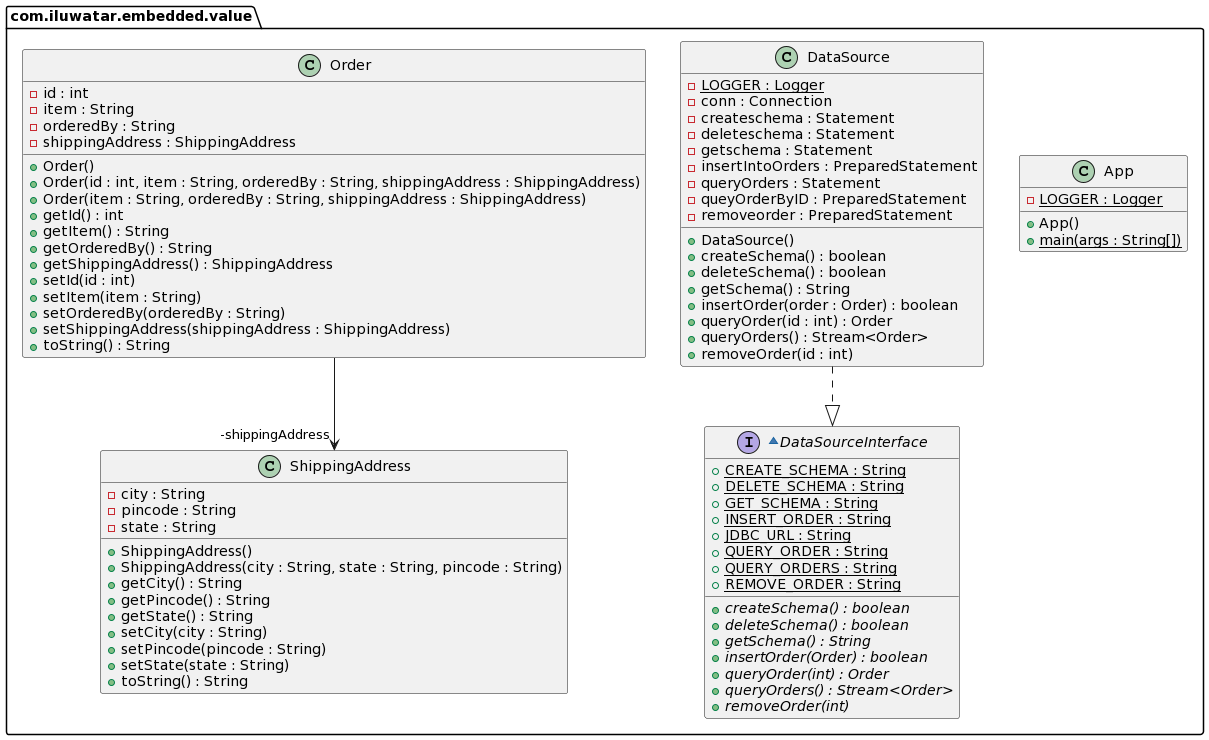 Use the Embedded value pattern when